Switching to a Plant-Based Diet or Vegan Diet: Some of the plant-based foods recommended by experts are Fruit, peppers, and nuts. Nadine Greeff/Stocky United

You could live more than a decade longer by eating more plant-based foods.

That’s according to a new study from the University of Bergen in Norway that was published today in PLOS Medicine.

Researchers used existing data from previous analyses and the Global Burden of Disease study to create a model that estimates the effect on life expectancy from a range of dietary changes.

The model is available online and is called the Food4HealthyLife calculator.

“Understanding the relative health potential of different food groups could enable people to make feasible and significant health gains,” the study authors wrote. “The Food4HealthyLife calculator could be a useful tool for clinicians, policy makers, and laypeople to understand the health impact of dietary choices.”

The findings are no surprise to nutrition experts like Kristin Kirkpatrick, MS, RDN, a nutritionist and the author of “Skinny Liver,” and Dr. Danine Fruge, ABFP, the medical director at the Pritikin Longevity Center.

“It has been widely accepted that nutrition has a significant impact on our health at all ages,” Fruge told Healthline. “Our dietary habits can have a dramatic effect on whether we develop disease, reverse disease, and our longevity. Even Hippocrates noted, ‘Let food be our medicine, let medicine be our food.’” 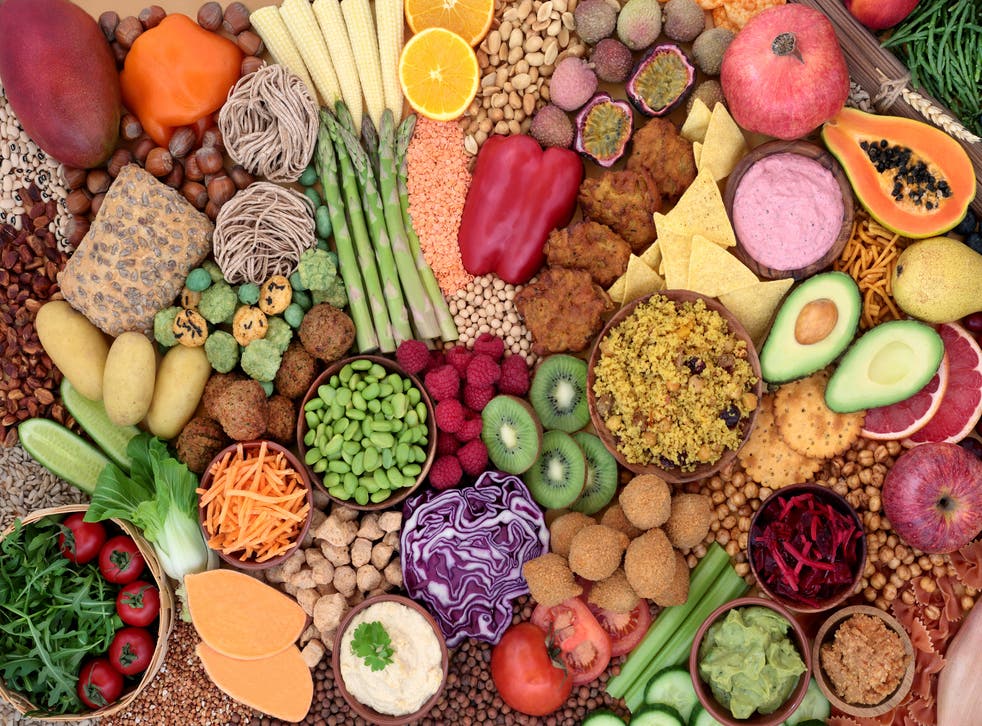 Fruge explains that in modern culture, as people age, they often feel that they deserve the opportunity to let down their guard and eat anything they want.

“To better enjoy their golden years, evidence suggests the contrary,” she said. “It is more important than ever to supply our aging body the nutrition it needs to enjoy our best health.”

On the flip side, Fruge adds, it’s also often challenging for young people to appreciate the importance of nutrition since they have a great resilience after poor dietary habits.

There are some telltale signs it’s time to make a change, though.

Fruge says brain fog, difficulty concentrating, or an afternoon low that impacts your performance can signal that it’s time for a change.

“A simple telltale tip I use to engage young people is to ask them how they feel on an average day,” she said. “For example, do you need coffee, sugar, or energy drinks to become functional in the morning, or by noon, or to continue through your afternoon?”

For example, the healthy food for life calculator used in the study, as well as mindful awareness tools and wearable trackers with alarms as reminders, can be useful and entertaining ways to make important dietary changes.

“It is never too early and never too late for anyone who is motivated to make simple nutritional changes that have powerful and often life-changing effects on both long and short term health,” Fruge said.

Kirkpatrick offers a number of tips to help people switch from a traditional Western diet to a more plant-based approach.

Here are some of them.

Kirkpatrick’s advice is to focus on eating food that she says is defined by Michael Pollan as something that comes from nature, is fed from nature, and eventually rots at least 85 percent of the time.

“So eat more food, and of that food, make a lot of those choices derived from plants,” Kirkpatrick said to Healthline.

For example, having a chickpea burger instead of a cheeseburger.

“You can even go with more fatty wild fish (such as salmon) as well,” she said. “Though not a plant, the benefits of omega-3 fatty acids can be obtained in certain fish.”

Kirkpatrick adds that food color reflects nutrient density, so aiming for at least five colors every day can help to achieve a diet that’s more focused on fruits, vegetables, legumes, nuts, and seeds.

Unsaturated oils can fall into one of two categories: monounsaturated and polyunsaturated.

The American Heart Association Trusted Source says both kinds of unsaturated fats can help improve your blood cholesterol when used in place of saturated and trans fats.

“I love extra virgin olive oil for its many benefits and culinary usage,” said Kirkpatrick.

The 5 Best Protein Sources for Vegans and Vegetarians

A common concern about vegetarian and vegan diets is that they might lack sufficient protein. Natural Product that Cure all eye problems including GLAUCOMA, CATARACT